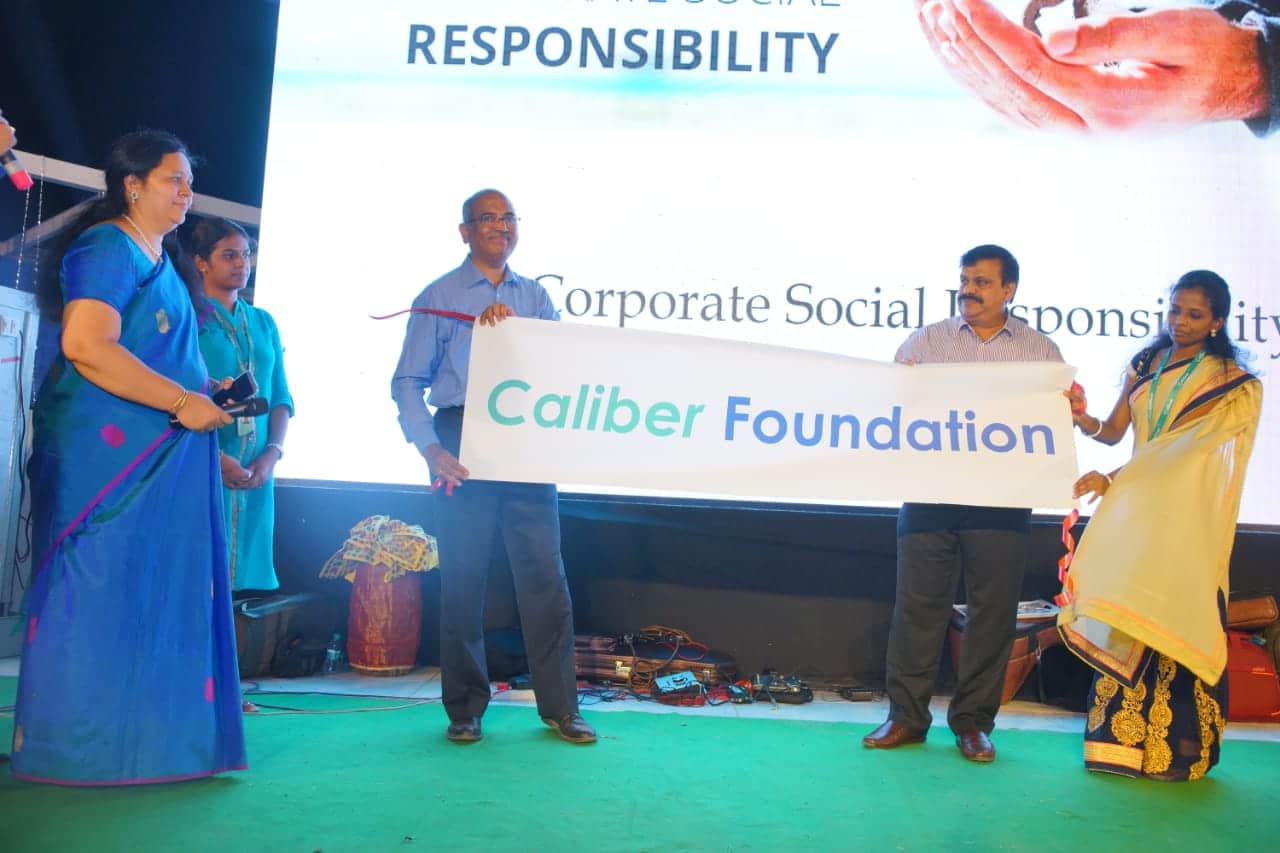 Corporate Social Responsibility (CSR) can be defined as the sense of responsibility a corporate company has towards the environment and society of which it is a part. According to the Companies Act 2013, a corporate company which has more than 500 crores net worth or 1000 crores annual turnover or has earned more than 5 crores net profit is deemed to execute its social responsibilities towards the society mandatorily. According to the act, a CSR foundation must be formed and 2% of the average net profit of the previous three financial years must be spent by the company. The Corporate Social Responsibility Foundation of Caliber was founded on May 18th, 2018. Since its inception, CSR Foundation of Caliber, also known as Caliber Foundation, has been striving tremendously to provide necessary support in the educational, health, agriculture and environment sectors.

The Caliber Foundation is made to progress through its set goals by five committed core team members – Prasad Nagabathula, Mahesh Anumakonda, Reshma Shaik, Salahuddin Mohammed, and Venkata Suresh. There are 60 volunteers currently putting their efforts for the noble cause apart from the core team members. As per the Caliber’s CSR policy, the company adopts government or government-aided schools for upliftment in education and healthcare, promotes preventive healthcare by providing medical camps in government or government-aided schools, spreading awareness about environment through campaigns related to conservation of natural resources, maintaining ai, water, soil quality, etc., to adopt villages and provide necessary support like doing soil tests, providing information on various crops, planting methodologies, market price, etc.

In this direction, the Caliber Foundation has adopted the Round Table Govt. School for the CSR activities after doing research on their eligibility and requirement. The school was in dire need of basic facilities and small changes to infrastructure. After thorough scrutiny of the checklist, the board sanctioned CSR funds of around 2 Lakhs initially and suggested to carry out the activities in phase manner. The caliber foundation has helped the Round Table Govt school by providing false ceiling for shed rooms, mason work in two shed rooms, plumbing work, bench repairs, and painting, repairing borewell, electrical works, etc. in phase I. The team ensures to make revisits to the school to see if all the provided facilities are properly being utilized. They also conducted dance, painting, and essay writing competition at the school and conducted prize distribution event in the premises of the company as a mark of encouragement to the children. The team conducted medical camp at the Round Table Govt school with a team of 25 doctors from Sukoon Foundation for 600 children on Aug 31st, 2018 in order to provide basic health services to the children. Further, Caliber Foundation is planning to paint the building of the school post rainy season as a step towards completing phase two and its promises made to the school authorities.

Adopting another school, MPUPS Bachupally, Kandukur Mandal is on the cards of the Caliber Foundation. It is striding in the right direction to bring the required changes in the society. The sparkle and enthusiasm in the company’s CFO, Aparna Surabhi’s eyes while talking about the company’s plans to adopt a village in the future and provide extensive support to make it self-reliant in terms of agriculture, healthy living, environment protection, etc. speaks volumes about the Caliber’s commitment and belief towards the adage “Giving back to society is not charity but our duty.” Caliber stands tall in fulfilling its promises not only towards its customers but also towards society at large.